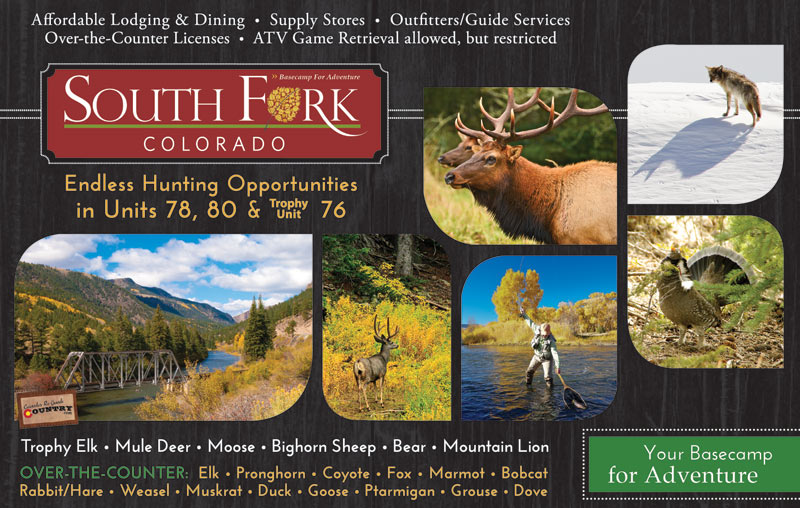 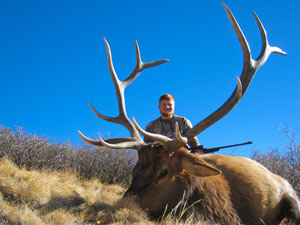 Hunting in South Fork is classified as BIG

In the early fall, the public lands around South Fork are extremely popular with bow, black powder and rifle hunters in search of the perfect elk, buck or big horn sheep. Whether it be a ‘guys trip’ to the mountains, a father-daughter educational expedition, or a chance to explore the National Forest on horseback, hunting in the area is always an adventure! Local guides and supply stores offer tips about licensing, hot-spots, secret-spots, camping spots and more. Lodging provides a soft place to land after a full day in the back country!

Hunting not only provides people with a unique recreational experience, but also works as an important wildlife management tool. Many of our Big Game licenses are distributed each year on a lottery system. The number of available tags is determined according to current wildlife management information. Over-the-counter licenses are also available for many species, but most have a limited season and/or bag limits. For more info on our three hunting units (76, 79 and 80) and more than 100 huntable species, visit the Colorado Parks & Wildlife website at cpw.state.co.us

Small game hunting in Colorado is represented by rabbits, hares, squirrels, prairie dogs, fox, and coyotes. All animals have restricted hunting season dates set up by the Division of Wildlife. They are hunted at various times throughout the entire year. Some can be hunted all year long, although you must follow regulations including bag limits and hunting methods.

Big game in the area is hunted in the fall of each year. The first season usually starts in mid November, for rifle hunters. Archery seasons are usually in late August to early September. Bear seasons usually start in September and go to November.

Moose were transplanted to the area in 1993 and are now available for hunting through a special draw license. However, when hunting big game in the South Fork area make sure you know the difference between moose and elk, whom it closely resembles, since the fine for illegally shooting a moose is substantial.

Although their numbers are limited, bighorn sheep and mountain goats can also be hunted by drawing for a tag. The season for hunting these two species are usually the end of August through October. 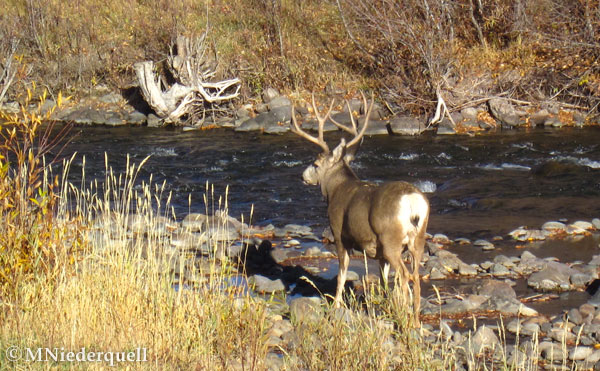 There are drawing deadlines for big game, and all applications must be turned in either the last week of March or by the first of April. This limits the number of hunters making kills in heavily hunted areas, by limiting the number of licenses issued for that area. Over-the-counter tags are also available in most areas, so if you decide to go hunting after the posted drawing deadline, it is likely you can still obtain a tag for one of the three hunting units. 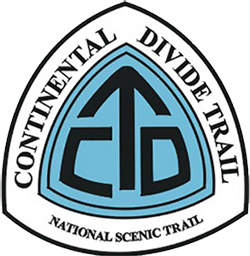 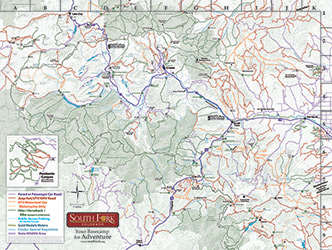