South Fork celebrates the area’s culture and history during the 28th Annual Logger Days Festival. Events and competitions taking place throughout the weekend celebrate the time-honored tradition of logging, an initial economic draw for the area.  Crowd-favorite competitions include chainsaw carving, the ax throw, the two-man cross cut, and a relay-type race with team members pulled from the audience.

Logger Days hours are as follows:

LOGGERS: Woodsmen who use saws and axes to cut down trees, cut and trim them into logs, then move them to the roadside or the sawmill. They must be experts with horses (real or mechanical), saws, axes, poles, ropes, and especially good sense.
MILLERS: Machinery experts who shape logs into finished boards, posts, poles, flooring, railroad ties, and dozens of other products.  Around a dozen portable mills were scattered throughout the forest, as well as the center of South Fork from the 1870s until 2001. In the 1950-60s, the South Fork mill was the biggest in the state of Colorado. Five small mills still hum in the San Luis Valley.
FORESTERS: Scientists who plan balanced use of federal, state, and private forests for long-term production of wood, water, wildlife, recreation, grazing, and wilderness. They work all over this area.

Logger Days events celebrates the Tree and Wood production processes in the forest. For the past 130 years, the most valuable trees have been:
• Douglas Fir (Pseudotsuga menziesii) and Ponderosa Pine (Pinus ponderosa). These trees have dense, strong wood suitable for railroad ties, bridges, and framing.
• Engelmann spruce (Picea engelmannii) and Blue spruce  (P. pungens). These trees have lighter wood, good for paneling, ceilings, decorations, shelving, etc.
• Firs - white and sub-alpine (Abies spp.) and Aspen (Populus tremuloides). These softer woods weren’t really “commercial” as lumber until recently. Aspen is  used for matches and excelsior, as well as ceiling and wall panels. 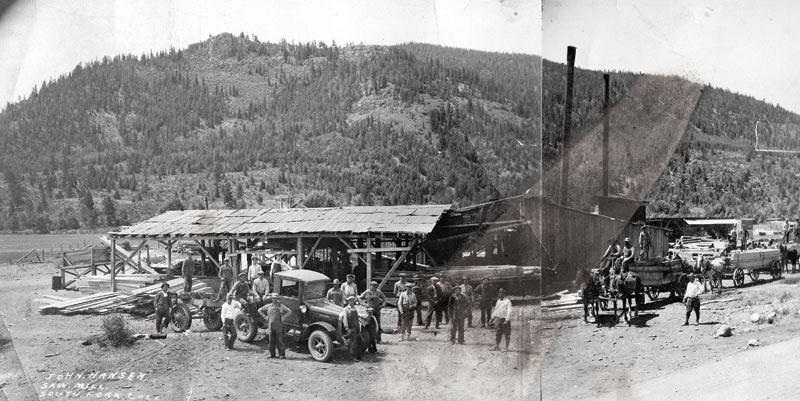 Loggers were tough and alert while doing dangerous work in beautiful country.  Some of the loggers and millers in this area were Ute Indians, the original inhabitants. Hispanics, whose ancestors came into the San Luis Valley in the 1850s, were among the most skilled sawmillers and loggers. In the past 50 years, loggers and skidders from Arkansas and Alabama left home to work in these San Juan Mountains.

Some were skilled horse loggers in the 1940s to the 1960s, along with local experts such as John Graeser. Well-trained horses pulled downed logs for several hundred yards to roadsides, where trucks could be easily loaded.  In rough terrain, the horse was often quicker than a mechanical tractor-like skidder. 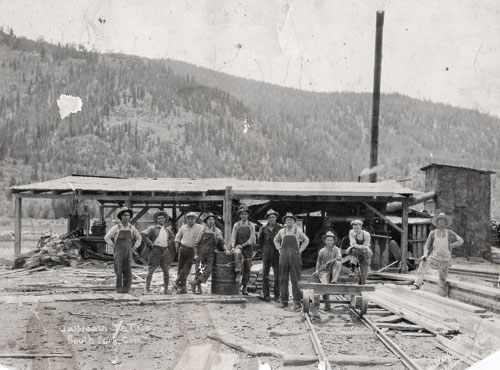 Food was sometimes quite simple in the forest. A welcome logging partner was one who could catch and cook a porcupine and make it taste like a banquet.  Loggers went into South Fork on weekends to see the wife and kids, get fresh clothes and food supplies, go to church (yes, they did!), and maybe have a picnic with their neighbors. By the mid 1950s, they started to commute in cars or pickups, going into town nearly every evening.

The logging season lasted as long as the snow and muddy roads would allow, usually 5-7 months.  In the winter, men came back to town to settle in until next season, or to work in the sawmill. Some young, single loggers followed the good weather south to get in extra months of work in New Mexico, eastern Texas and Arkansas.

Del Norte was founded in 1871. Naturally, wood was the key building material for the first houses and stores.  Soon, a few stone buildings used the nearby quarry rock.

Of course, as South Fork grew, sawmills turned out the lumber and roof materials for new houses, barns and businesses. The Galbreath Mill had a big fire in May of 1920. When renovating, local lumber went into the new sawmill and planer mill. So did a new store, log cabins (for rent), expanded hotel, community building, and even a museum of the lumber industry.  By 1940 Galbreath again modernized his mill and planner, employing 50 people. That year, he produced $40,000 worth of rough and finished lumber. A decade later, the mill employed about 100 people.

Mills in the area experienced several fires. These often started in the sawdust and shavings piles.  A fire in 1967, at what was then the Douglas Studs Mill, burned 10 million board feet of lumber — doing $2 million worth of damage! This contributed to what had already been recognized as a decline in the timber business.  The once proud “biggest mill in the state” was now just producing low-profit 2 x 4 studs. The main source of raw material was no longer coming from the Rio Grande National Forest.
Long-haul costs from New Mexico and other sources caused the company to gradually shut down. By 2001, the closure was complete. South Fork’s sawmill days were over, memorialized only in a grassy property across the tracks from the town’s railroad siding in front of the Spruce Lodge.  The lodge’s guests now help support the local economy of Colorado’s youngest incorporated town. 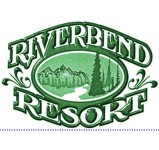 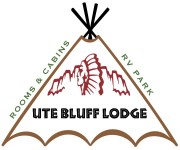