A few of our Favorite Adventures

Dreaming of Spring: A Walk in the Forest

Some of my favorite areas to hike are in the piñon and juniper woodlands that ring the San Luis Valley. In our area, this life zone is primarily made up of Colorado piñon pine and Rocky Mountain juniper and starts as low as 7,800 feet in elevation and can extend up to 9,000 feet. I especially love hiking in these open forests in the spring and autumn. There always seems to be plenty of birds, mule deer and rabbits to see as well as a diversity of shrubs, cacti, herbaceous plants and grasses. 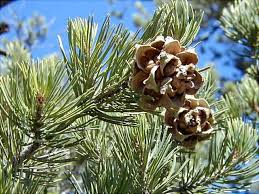 Both piñon and juniper trees have a fairly squat appearance. They usually have wide crowns relative to their height, which top out at about 10 to 15 feet high. Piñon pine are well known, of course, for their tasty seeds, which are enjoyed by both humans and wildlife. Ground squirrels, chipmunks, woodrats, and an assortment of jays compete for these nutritious and calorie dense “nuts.” The pinyon jays, in particular, are important for helping to disperse the seeds by caching them below shrubs and other areas. Then, just like me, they sometimes forget where they put things allowing some of the seeds to germinate and grow into a piñon pine seedling.
Juniper are coniferous trees just like piñon pine, but their leaves don’t look like needles, rather they look like stringers of overlapping scales. They produce thousands of small, pungent smelling green/blue cones commonly called berries. They aren’t true berries, rather they are the female seed cone composed of fleshy merged scales. Each of the berries contains just a few tiny seeds that, like piñon seeds, are dispersed mostly by wildlife. The fleshy part of the cones are digested when consumed, while the seeds pass through unharmed landing wherever the critter makes its, um, deposit. Townsend solitaires and robins particularly enjoy munching on the berries. 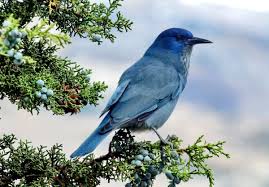 Piñon and juniper can grow on a variety of soil types, but are mostly found growing on rocky, coarse soils in our area. While a wide diversity of plants grow on these dry slopes, the competition for the scarce moisture means the trees, shrubs, herbaceous plants and grasses tend to be widely spaced. This low density growth pattern doesn’t lend itself to carrying wildland fire very well except in exceptionally parched, windy conditions. Since the thin barked piñon and juniper are not well adapted to withstand fire, when wildland fires do occur, they tend to create large openings that don’t reforest for several decades. The resulting mosaic of woodlands and openings provides habitat for a variety of plant and animal species.
As mentioned earlier, the seeds of piñon pine trees, commonly called pine nuts, are enthusiastically sought by many people. At close to 180 calories per ounce, they pack a lot of energy. It’s a family tradition in some households to gather pine nuts in the autumn. Unfortunately, it can be hard to know where the best harvesting will be as piñon trees are famously unpredictable as to when and where they will produce big crops. High production years tend to fluctuate between two to seven years, as the trees need time to absorb nutrients from the soil in order to produce cones and seeds.
Juniper berries are edible, but their strong taste makes them better to use to flavor other food than eat straight. Yucca is another edible plant commonly found in the piñon-juniper woodlands surrounding the San Luis Valley. I’ve always enjoyed picking a few flower petals while hiking in the spring and popping them in my mouth. They make excellent additions to salads, but one should always be careful to pick petals from no more than one in twenty flowers to minimize impacts to the plants.
I must admit, I don’t eat many piñon nuts, as my mouth and tongue are not coordinated enough to consume them efficiently. But, I do enjoy settling back on a cold winter night next to the woodstove with a piece of well-seasoned piñon or juniper in the mix. Piñon-juniper woodlands are truly the life zone of many uses.
Mike Blakeman is the public affairs specialist for the Rio Grande National Forest. He spends much of his free time scrambling around the mountains with a camera in his hand. 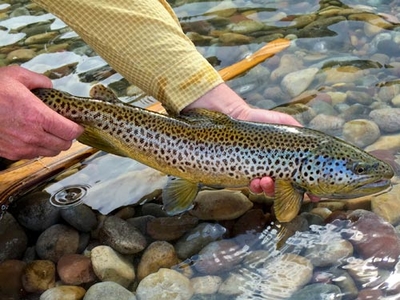 The Upper Rio Grande area offers some of the best fishing in Colorado. Gold Medal waters on the river and an abundance of creeks, lakes, and reservoirs provide year-round opportunities for the avid fisherman. May is one of those months that present numerous challenges.  However, for the hearty angler it can be rewarding. 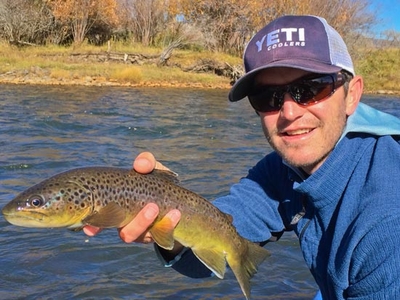 RIVER FISHING IN MAY

The Rio Grande, the South Fork River and many of the small feeder streams will enter run-off (high water) right around May 1st. The rivers will be stained and moving fast.  CAUTION must be used if wading!  I suggest larger flies and lure in dark colors such as black, brown, purple and blue. Fish close to the bank and behind boulders, in slow moving water. Be sure that your retrieve is also slower than normal.  This will allow the fish a chance to see and target their prey. 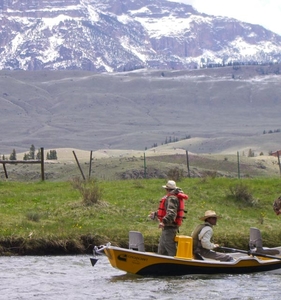 LAKE FISHING IN MAY

The high country lakes will, for the most part, still be frozen. If you stick to lower elevation lakes such as Beaver reservoir, Million Reservoir and Big Meadows Reservoir you will fair much better. We recommend staying off the ice. The Rainbows in the lakes will be entering the “pre-spawn” time of the year. Target the fish around the outlets or inlets of the lakes, using darker colored flies and lures.  Stick with the slower retrieve as  water temps are still in the 30’s and fish are not super active.

COMING SOON: June 15 will be the start of the Salmonfly Hatch.  For the fly rodder this is one of the best times of year to target trophy trout.

Joel Condren is the owner of 8200 Mountain Sports, South Fork Anglers and Mountain Man Rafting.  He has been a professional fishing guide/outfitter in South Fork for the past 21 years. 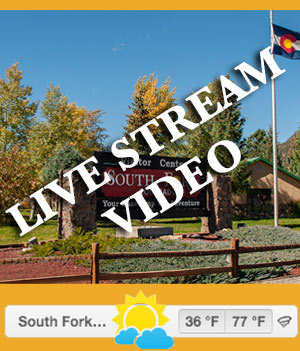