Other scenes that made the silver screen 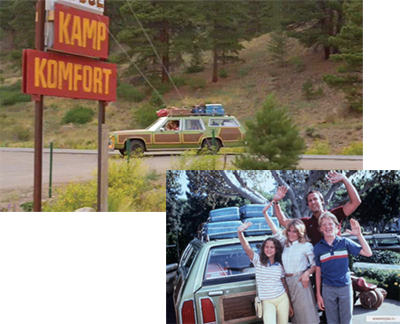 Oprah & Gayle’s Big Adventure took them through Colorado and over Wolf Creek Pass. After a dip in Pagosa’s healing waters, Oprah and Gayle ventured deeper into the mountains. “I have to tell you, if you haven’t seen Colorado, you have not seen America,” Oprah says. “There are some breathtaking views.” As they passed through South Fork, Colorado, everyone got out to take a nice long view of the stunning scenery. “It was so beautiful, I wanted the entire crew in on this Kodak moment,” Oprah says. Indiana Jones and the Last Crusade was filmed in Alamosa, Pagosa Springs, Antonito and on the Cumbres & Toltec Railroad in 1989. The most recognizable part of the movie is the circus train sequence. At one point in the movie, Indy runs down 5th Street in Antonito and arrives at his home. Today, movie buffs can book a room for the night here (www.indianajoneshome.com). 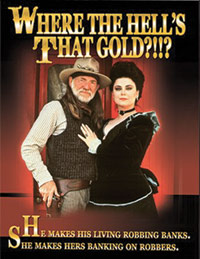 Where The Hell’s That Gold? Willie Nelson stars with Jack Elam, and Delta Burke in this movie about two outlaws on the run after stealing and hiding a large amount of gold. Many scenes are filmed on the Cumbers & Toltec Railroad and in the southern part of the San Luis Valley.